Ontimpr11. Is Improvisation Essential to Jazz?

Introduction to improvisation being essential to jazz?[edit]

What is meant by essential to jazz?[edit]

“This importance of improvisation to jazz, though generally assumed, is by no means fully accepted. Jazz historian Max Harrison writes: "Attempts at a concise—even a coherent—definition of jazz have invariably failed. Initial efforts to separate it from related forms of music resulted in a false primacy of certain aspects such as improvisation, which is neither unique nor essential to jazz . . . " (Harrison 1980: 561).


“Henry Pleasants extracts the following comments from Russ Wilson's 1967 report of a panel discussion held at the University of California, Berkeley in April 7-8, 1967[2] which included jazz pianist Bill Evans, saxophonist John Handy and critics Leonard Feather and Ralph J. Gleason: Feather brought up the matter of improvisation. "I believe it is necessary to jazz," Evans commented . . . Gleason (then) posed the question, "If it is jazz when it's improvised, can it be jazz when it is not—that is when it is written?" "I'd say not," Evans answered. Feather, however, cited the fact that orchestras such as Ellington's Count Basie's and Gerald Wilson's utilize written music, yet the way and spirit with which they play make it jazz. (1969: 57) Though improvisation may not be absolutely essential to all jazz, it is still considered an important feature of most jazz.”[3] (bold and bold italic not in original)

Bill Evans claim that every jazz performance requires improvisation is absurd and here is an argument why. Consider two ten minute performances of the same tune. The first time the musicians play the song straight and as close to the written score as possible. Suppose that the second time the band again strives to play the song exactly how they played it the first time and they succeed. The only difference between the two versions is that the second version contains two seconds in the middle of the tune where the trumpet player improvised. Next, we play the two versions to an ignorant Bill Evans. He does not know that the second song only has two seconds of improvisation. We ask Bill Evans if the second version with two seconds of improvisation has been played in a jazz manner so that what Evans heard was a jazz song. If Evans says "Yes" this second version is a jazz performance, then so must the first version be jazz even lacking any improvisation since the two versions are virtually sonically identical.

CONCLUSION: Improvisation fails to be a necessary condition for jazz to exist.

Why improvisation is essential to jazz[edit]

Consider the following situation: Could a musician who never improvises or only improvises poorly ever qualify as a master jazz musician?

Here the answer is clearly “No.” Any musician who is not an expert in improvisation cannot qualify as a jazz performer of the first order. Hence, in these terms, improvisational ability is required as a necessary condition for being a qualified jazz performer.

There is fairly universal opinion amongst the writers at Reddit.com when addressing the question "Is it still jazz if you don't play/study improvisation?" that the song you are performing may itself be a jazz song and being done in a jazz manner, but one will not be playing it as a jazz musician unless one learns how to incorporate improvisation into one's performance.

The above conclusion regarding the necessity of improvisational skills being required for any genuine jazz musician is not shared by every commentator. Mark Gridley disagrees when he asks “Is it important that aspiring performers develop an improvisatory technique? No, not necessarily.”[4] Nevertheless, such differences in what is meant by “essential” helps to account for why different commentator's intuitions about the essentiality of improvisation to jazz can differ.

Here are some relevant quotations supporting that improvisation is essential in being central to jazz.

“Beyond its variable key, a piece’s precise melodic features can differ from version to version. Within an arrangement, singers or instrumentalists who carry the melody can transform it to varying degrees, engaging in compositional activities of increasing ‘levels of intensity’ that Lee Konitz [alto saxophonist born 1927] distinguishes along a continuum from interpretation to improvisation. Success at one level provides the conceptual grounding and ‘license’ musicians need to graduate to successive levels, each increasing its demands upon imagination and concentration.”[8] (bold not in original)

Berliner continues to explain some of the levels of intensity leading from interpretation to improvisation.

“At the outset of a performance, players commonly restrict themselves to interpretation. They reenter the piece’s circumscribed musical world along the rising and falling path of a particular model of the melody, focusing firmly on its elements and reacquainting themselves with the subject of their artistic ventures. Musicians take minor liberties when orienting themselves to a piece at this level of intensity, coloring it in numerous ways. They vary such subtleties as accentuation, vibrato, dynamics, rhythmic phrasing, and articulation or tonguing, “striving to interpret the melody freshly, as if performing it for the first time” (Lee Konitz).”[8] (bold not in original)

Berliner goes into a great amount of detail as to how a musician can use different aspects of the musical elements just mentioned to interpret a piece of music. He then moves on to discuss a higher level of intensity that he terms “embellishment.” He explains how trumpeter Kenny Dorham embellished a tune, with fellow trumpeter Lonnie Hillyer being impressed by how “he could say all that, just by playing the melody.”

“Rendering the piece with his warm, intimate tone, Dorham embellished the melody with spare grace notes and varied its phrasing with subtle anticipations and delays. He articulated sustained pitches with soft unaccented attacks before bending them down and drawing them quickly back again, then allowing them to sing with an increasingly wide vibrato. Only once did he interject into the performance a phrase of his own by filling a rest with melodic motion.”[9] (bold not in original)

Berliner now explains that the highest level of intensity of musical production lies in improvisation.

“Finally, musicians periodically raise performances to improvisation, the highest level of intensity, transforming the melody into patterns bearing little or no resemblance to the original model or using models altogether alternative to the melody as the basis for inventing new phrases. These artistic episodes can occur at various points in a performance, as when players add short melodic figures in such static areas of tunes as rests or sustained pitches at the ends of phrases. Additionally, if the player carrying the melody is the first soloist in the group, he or she may depart from the melody before its completion to improvise a musical segue to the solo. . . . Typically, however, players restrain themselves during the melody’s formal presentation, reserving their most extensive compositional activity for improvised solos.”[10] (bold not in original)

Finally, Berliner notes how improvisation while musically interesting in and of itself and posing a significant challenge for the performer may also lead to the development of new songs based in part or whole on the improvisation.

“At the same time, the combined operations from interpretation to improvisation have the potential to “carry musicians more than halfway to creating a new song,” [says Lee Konitz] within the framework of another melody. Such situations underscore the extent to which pieces serve jazz musicians not simply as ends in themselves, but as vehicles for invention. Just as these procedures, taken in sequence, provide artists with a routine for practicing pieces, their sequential mastery corresponds, for some artists, to the progressive stages of their development.”[10] (bold not in original) 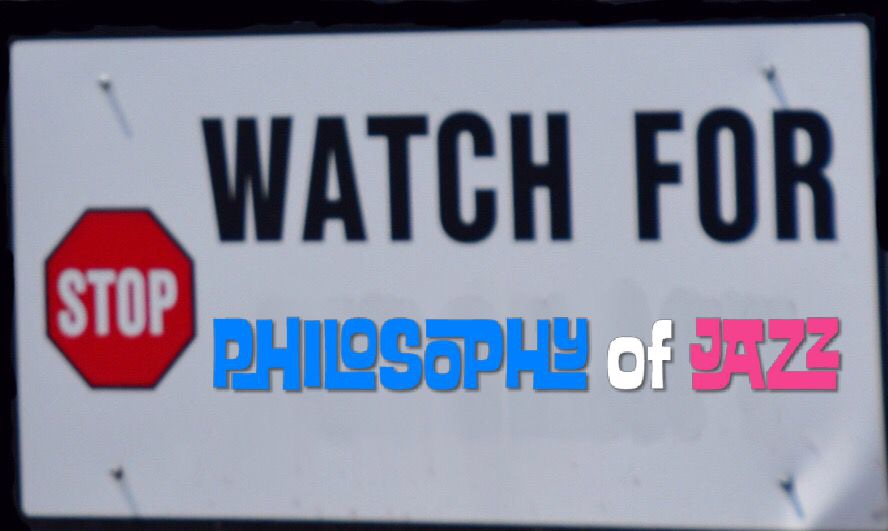 Why do jazz performers improvise?[edit]

We know why jazz musicians improvise. It is because they can.

What are the motivations that drive musicians to improvise?

The answers are many, but there is a coin with two sides that explains it. First, is boredom. No one likes to be bored. Why is this? The other side of the same coin is creativity and the challenges to creativity that jazz improvisations present.

Boredom is actually an extremely complex state with many associated complexities as discussed at Wikipedia: Boredom:

“In conventional usage, boredom is an emotional or psychological state experienced when an individual is left without anything in particular to do, is not interested in his or her surroundings, or feels that a day or period is dull or tedious. It is also understood by scholars as a modern phenomenon which has a cultural dimension. "There is no universally accepted definition of boredom. But whatever it is, researchers argue, it is not simply another name for depression or apathy. It seems to be a specific mental state that people find unpleasant—a lack of stimulation that leaves them craving relief, with a host of behavioural, medical and social consequences."[11] (bold not in original)

“In Experience Without Qualities: Boredom and Modernity, Elizabeth Goodstein traces the modern discourse on boredom through literary, philosophical, and sociological texts to find that as "a discursively articulated phenomenon . . . boredom is at once objective and subjective, emotion and intellectualization—not just a response to the modern world but also a[n] historically constituted strategy for coping with its discontents." In both conceptions, boredom has to do fundamentally with an experience of time and problems of meaning.[12] (bold not in original)

“There are three types of boredom, all of which involve problems of engagement of attention. These include times when we are prevented from engaging in wanted activity, when we are forced to engage in unwanted activity, or when we are simply unable for no apparent reason to maintain engagement in any activity or spectacle.[13] (bold not in original)

“Boredom is a condition characterized by perception of one's environment as dull, tedious, and lacking in stimulation. This can result from leisure and a lack of aesthetic interests. Labor and art may be alienated and passive, or immersed in tedium. There is an inherent anxiety in boredom; people will expend considerable effort to prevent or remedy it, yet in many circumstances, it is accepted as suffering to be endured. Common passive ways to escape boredom are to sleep or to think creative thoughts (daydream). Typical active solutions consist in an intentional activity of some sort, often something new, as familiarity and repetition lead to the tedious. [14] (bold not in original)

From this last list it is easy to see what general types of boredom can occur to professional musicians. They get tired of playing the same song the same way and this tedium can be relieved by the practice and challenge of having intentionally to generate new and unfamiliar music which still retains connections to the song currently performed, hence the inevitable drive to produce improvised music in jazz circles.

The other side opposite of the same coin is creativity, the opposite of boredom. Improvisations permit discovery and discovery peaks people's interests and prevents boredom.

“Why improvisational music? It’s kind of like being on a perpetual Darwin expedition, you never know when you might run across a new species, and the permutations and variations on the old ones can be rich. Further[more], for the musician it is like a meditation—focusing one’s attention on what one wants to create the present to be. And the listener shares in this, because what you are hearing is the musician being right at the threshold of the future—the present.[15] (bold not in original)

As the quotation points out, improvisation can be exciting for both the musicians and the listening audience precisely because of the risks involved, the challenge of simultaneously composing while performing that very composition, and the potential thrill of creating and hearing something new and original.