Ontmeta9. Can a constantly evolving jazz remain the same?

Can a constantly evolving music genre stay the same genre?[edit]

(1) By assumption, the genre if jazz evolves this requires it to change.
(2) If jazz changes, it is no longer the same as it was because it has changed from what it was.
————
(3)Therefore, jazz cannot remain the same music genre after it evolves.

The argument us a specific version of this categorical syllogism.


Reason: If it did not change, then it could not possible evolve. </span>

(2) No things that have changed are the same as they were before the change.

Reason: If the thing was the same as it was before, then it is impossible for it to have changed. </span>

Therefore, (3) All things that evolve cannot be the same as they were, or No evolved things remain the same.

The generalized form of this argument is:

The argument has a valid logical form necessitating the truth of the conclusion whenever the premises are true. 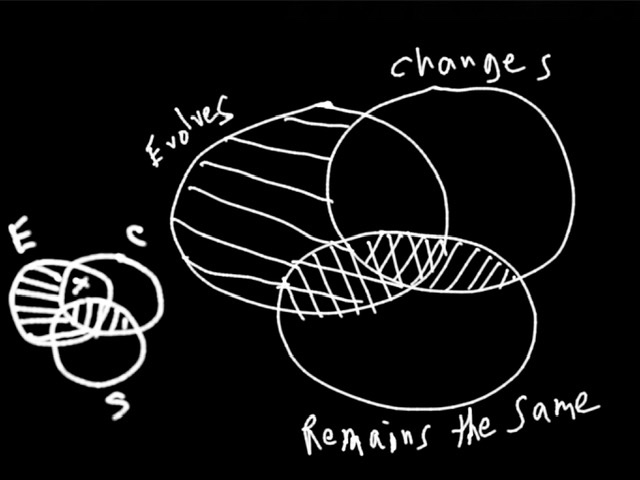 The arguments above misunderstand what it means to remain the same genre of music. Two songs are not the same yet can both be of the same genre of music. Otherwise every song would constitute its own genre. Being of the same genre means having a dustibctive set of characteristics to varying degrees. Genres inherently have some flexibility and room for expansion built into them conceptually. They start with fuzzy borders and tolerate a reasonable degree of both diversity and ambiguity.