How slowly can music be performed? Is there a limit?

There are some well known pieces of music that are played very slowly. Here is a list at "What's the slowest classical music ever?.

Of course, one needs to clarify what one has in mind by slow. There are at least three different possible characterizations of slow music.

See the Table of Slowness Properties below with these three types of slowness properties applied to musical works. 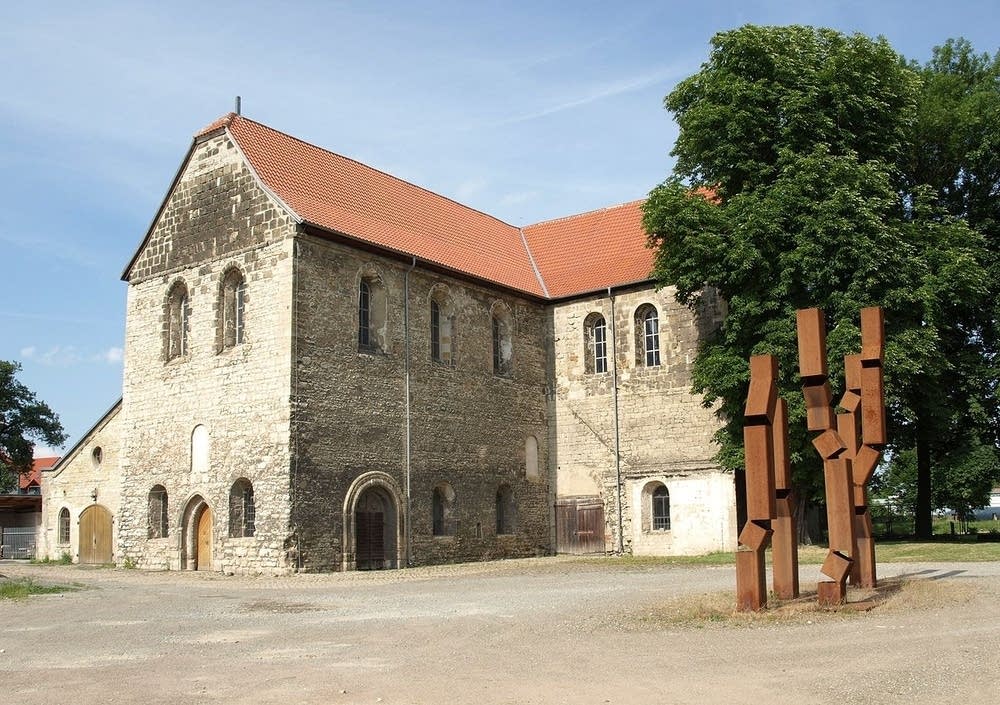 John Cage's Organ²/ASLSP (As SLow aS Possible), a 1987 organ piece is currently being played at St. Burchardi church (shown above) in a performance scheduled to last 639 years (started September 5, 2001 and scheduled to complete in 2640 A. D.). 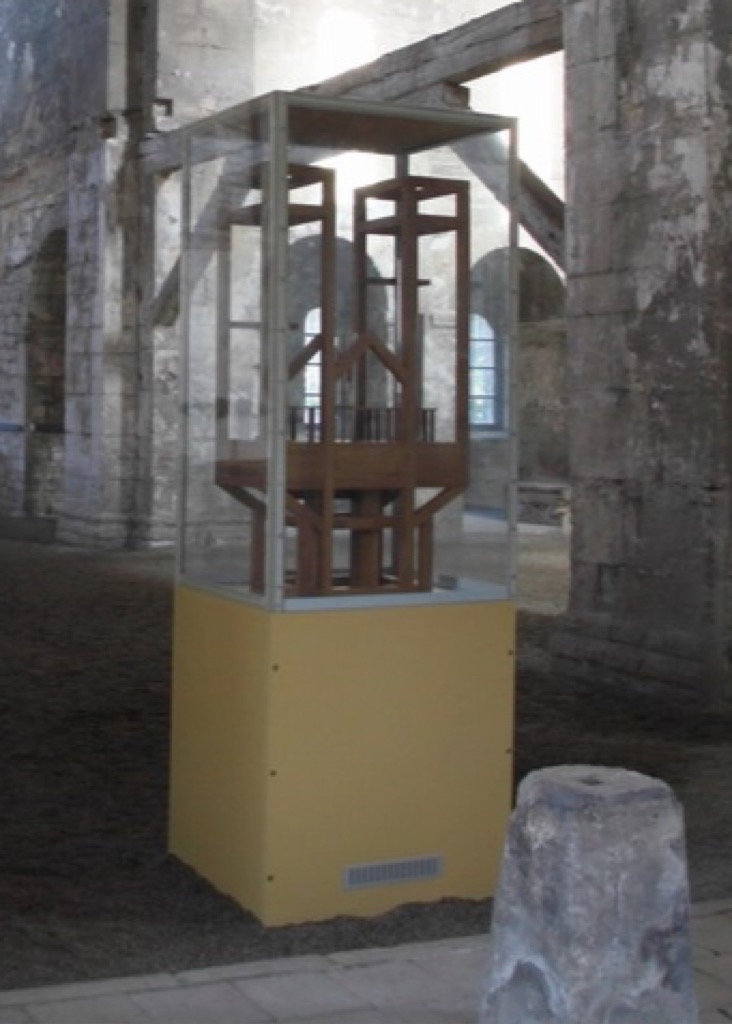 Cage's Organ2 (pictured above) has a mechanical air bellows continually pumping into the organ pipes and weighted bags holding down the appropriate key(s) on the organ to play notes. To date, the tones have changed only 12 times over the last fifteen years.

However, this lack of change of tone makes Cage's piece quite tedious to listen to and too unchanging auditorily to be of only limited interest, musically speaking. As a model, consider a child who plays the same continuous tone with a pennywhistle and then plays it over and over, one will quickly tire of hearing such a non-changing and continuous tone. Something similar fairly quickly happens after listening to Cage's Organ2. 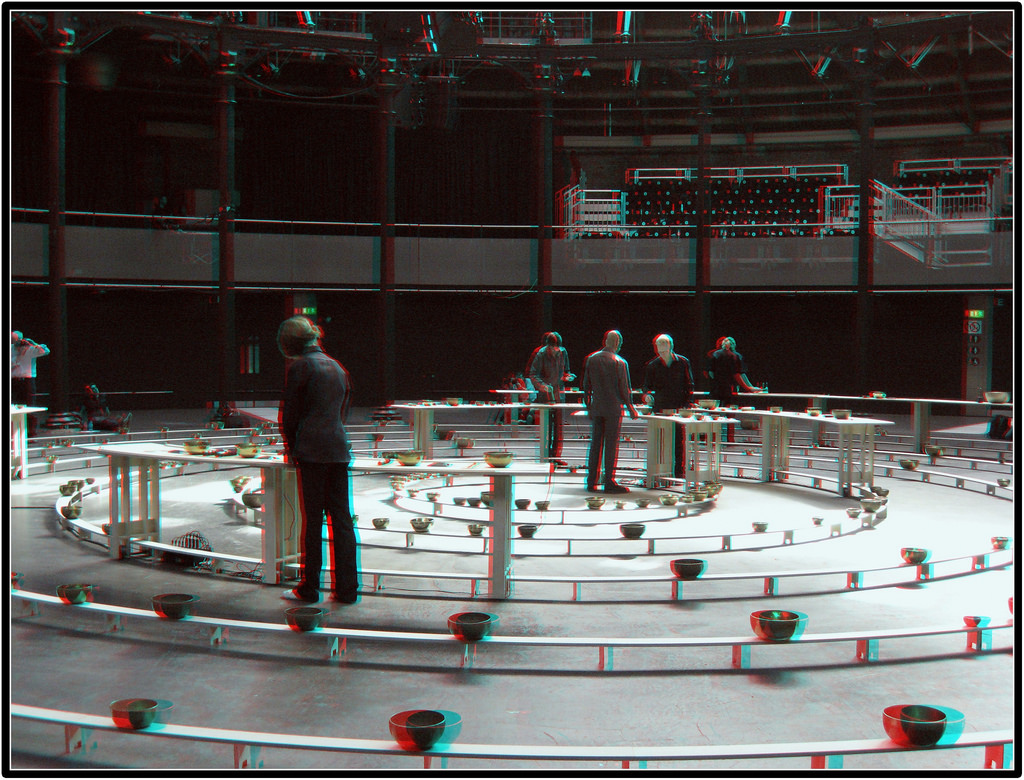 Cage's piece, however, does not hold the record for the length of performance even were it to succeed at 639 years. That honor is (potentially) currently held by Longplayer (pictured above). This song was composed/constructed by Jem Finer, of the Pogues, and has already been playing continuously for the last seventeen years (in 2017) and the piece does not conclude until December 31, 2999 after a millennium (1,000 years) never repeating the exact same musical pattern until after completion. 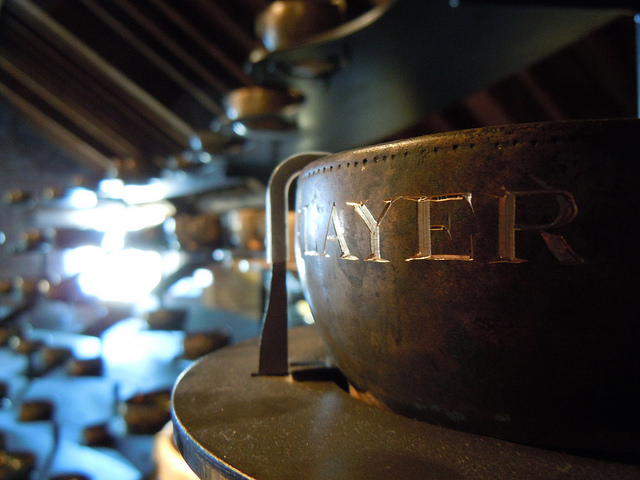 On the other hand, Jem Finer's piece has six different pieces of music that a computer manipulates and plays together. Here there are changes in sounds and rhythms and the music remains contemplative and not annoying; rather, it promotes reflection and a sense of peace and harmony. The music is never exactly the same over any two minute period for one thousand years.

“In most fields of philosophy, one must be content with hypothetical examples, but philosophers of the arts have the distinct advantage of being able to produce actual examples to illustrate their theories (or refute others).” 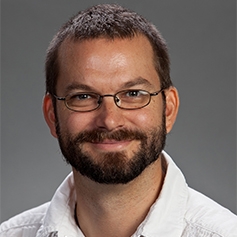 has composed a silent piece of music, Composition 2009 #3, with the musical score consisting of this set of instructions:

The score reads as follows: “Indicate a length of silence, using the usual cues with which you would signal the beginning and end of a single movement, song, etc. (The content of this work is the silence you frame, not any ambient noise.)”[1]

Kania claims that on both his and Jerrold Levinson's definition of a musical work that Kania's "Composition 2009 #3" qualifies as one.

The score for the PoJ.fm Impossible Symphony 2017 #1 reads: “Have each member of the symphony orchestra on their own instrument simultaneously play the same note for around one second (say middle C key of a piano), wait longer than the history of the entire universe you find yourself within, after this have an orchestra play the same note for approximately the same length of time as the first time. This completes the piece.”

We know that according to some cosmological theories of universe's possible histories that have the universe starting at a singularity, exploding outward and expanding, but eventually the gravitational attraction of all matter to each other slows the expansion to a halt and then proceeds to contract back to a singularity known as the "Big Crunch."

“Expanding universes need not continue to expand forever. They do so if their average density is below a critical value. But if their average density exceeds this value then at some time in the future the expansion will be reversed into contraction. Redshifted radiation from distant sources will become blueshifted and the universe will collapse toward a ``Big Crunch" of ever-increasing density and temperature.”[2]

If these theories were actually exemplified by different possible universes with either different amounts of matter, or different amounts of forces exploding the universe outward from the initial singularity, then different universes could exist with different total lengths of time of their respective historical lengths from birth of a universe at its Big Bang to its death at the end of the Big Crunch. This makes the instructions in the Impossible Symphonies of "wait longer than the entire history of your initial universe" to be possibly followed in some sense because different total universal histories are possible. Then, it is only a matter of being able to switch from a shorter timeline universe to a longer timeline universe to fulfil the Impossible Symphonies musical score instructions.

Assuming for the moment that Impossible Symphony 2017 #1 is the score for a musical work, it can be argued to be one of the slowest denumerably possible musical works in all three categories of slowness.

CLAIM: At best, pieces with large intervallic slowness are either really bad music or not music at all.

By definition of large intervallic distances there could be a long period of no sound production between musical notes. The following are facts about this type of situation and audience members likely reactions to such a piece. Let's use a shorter version of the Impossible Symphony by having the period of time between the playing of the two middle C's on a piano only be an hour in between. Call this the Possible 1 Hour Symphony #1.