Sp13. What relationships are there between democracy and jazz?

“As long as there is democracy, there will be people wanting to play jazz because nothing else will ever so perfectly capture the democratic process in sound. Jazz means working things out musically with other people. You have to listen to other musicians and play with them even if you don’t agree with what they’re playing. It teaches you the very opposite of racism and anti-Semitism. It teaches you that the world is big enough to accommodate us all.” Wynton Marsalis (bold not in original)

“Through improvisation, jazz teaches you about yourself. And through swing, it teaches you that other people are individuals too. It teaches you how to coordinate with them.” Wynton Marsalis

“There's so much spirit of integration and democracy in jazz.” Wynton Marsalis

“Tomorrow night we will celebrate our 2012 class of NEA Jazz Masters and 30 years of the NEA Jazz Masters Lifetime Honors. Seems fitting to dip into the archives for this essay from critic, journalist, and producer Nat Hentoff, who received the inaugural A.B. Spellman NEA Jazz Masters Award for Jazz Advocacy in 2004. Hentoff's essay originally appeared in NEA Arts 2009, #4: Connecting Artists and Audiences. 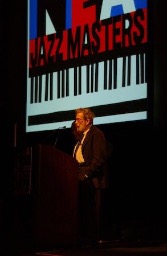 The Pulse of Jazz in American History and Culture

On January 19, 2009, Martin Luther King, Jr.'s birthday, Jazz at Lincoln Center and the Rockefeller Foundation presented a concert, Let Freedom Swing: A Celebration of America, at the Kennedy Center in the nation’s capital. Heralding the event, the sponsors declared it "would illustrate that American democracy and America's music share the same tenets and embody the same potential for change, hope, and renewal."

Orientation to Democracy and Jazz[edit]

There is no doubt that the political theory of democracy has massive parallels between itself and the interaction of musicians in an ideal jazz group.

➢ What are the parallels between the principles of a democratic society and political system and a group of well-functioning and interacting jazz musicians?

To establish the parallels between democracy and ideal jazz group interaction there first needs to be an accounting of what principles and forces make a system function as a democracy.

What are the principles of democracy?[edit]

The full and complete definition for democracy is unresolved and controversial because of its complicated interaction of unsettled principles. Less controversial though are the types of principles involved in a well functioning democratic political system.

➢ What are these democratic principles? 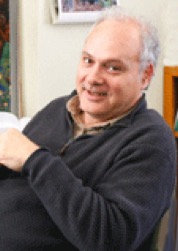 in his Stanford Encyclopedia of Philosophy: Democracy entry goes into great detail regarding the delineations for a democratic political system. His first section, "1. Defining Democracy," begins by orienting the reader to the topic and its foundational principles.

“To fix ideas, the term “democracy,” as I will use it in this article, refers very generally to a method of group decision making characterized by a kind of equality among the participants at an essential stage of the collective decision making. Four aspects of this definition should be noted.

➢ What are these four principles, now called D1-D4, promoting and valuing?

The first principle, (D1) has multiple aspects built into its formulation. These aspects can be delineated as (D1-gdm) group decision making and (D1-boegm) group decisions are binding on every group member with no exceptions.

When Christiano rightly argues in (D3) that any definition of democracy ought to avoid a determination of any normative issues regarding what is the best thing to do in this situation. The definition of democracy as a political process should not have an a priori determination already built in to the definition that this form of politics is always the best one to uphold. Situations and time constraints do not always lend themselves to democratic political decision making processes. These things take time and time is not always available.

Nevertheless, in explaining the motivation for having both aspects found in principle (D1) one does appear to need to appeal to normative considerations. To make it easier to see why consider the following story scenario. The kingdom of CX formerly ruled by King Domineering has now decided to follow a democratic form of government from here on in, except for the king who is having a hard time getting his head around the concepts and principles embodied in democratic principle (D1).

King Dom as he is known to his friends has consulted the royal democratic theorist to explain to him how the country is going to be run as a democracy from now on and it will no longer be a monarchical system. After explaining in great detail how the voting processes work and how all of the votes are counted and then how the voters decisions then become law and get executed by governmental forces, the King still has a question. The King asks, "Why cannot I just tell everyone how I want them to vote and then they all vote that way so it is a democratic process?" "Or, barring that, if they ever vote in a way that I don't like then those voting decisions never apply to me and I am exempted from them." "Or, barring that, that I can still follow or not follow any societal rule at my whim with no legal or societal negative consequences for me since I am the King, just like it used to work in the old days when I ruled the kingdom of CX." "Couldn't it be a democracy for the people of CX, but just leave me out of it so I'm not part of the group?"

What can the royal democratic theorist say in reply to these questionable suggestions by the King? At some point he or she must bring up how the system proposed by the King would not be just or fair to all parties in the land of CX because the King receives a royal treatment while his subjects can receive the shaft. And, fairness is a normative issue because one should always strive to be fair is a well established, well defended and defensible, objectively correct moral and legal principle that ought always to be conformed to, hence normativity will eventually enter into discussions on what is required of a definition of democracy and democratic group decision making processes and their execution.

Democratic decision making must be made collectively and the decisions cannot be dictated by any one thing or person. Were the position of the sun, or the king's wishes alone, to determine a group's decision, then by definition, a democratic process has not been involved. Christiano carefully points out that these group decisions are "made for the group" and every individual is considered to be a member of that group who is given the right to vote in the first place.

➢ What kinds of decisions can be made for a group?

The Thelonious Monk Institute of Jazz has an extensive teaching model for students to learn about jazz and inter-related subjects. They provide a module on the connections apparent between jazz and democracy.

B. Democracy and Freedom: Although the terms democracy and freedom are often used interchangeably, they are not the same; democracy is individual freedom but with responsibility to the group.

3. If all people freely chose to work hard, not commit crime, be fair, and not discriminate, we would have a perfect democratic society.

a. Unfortunately, not all people think this way.
b. Things like greed, people wanting power, and racism get in the way.

C. Jazz Combo as a Society (because) a jazz combo is an example of a perfect democracy.

1. Each player has the freedom to play whatever he/she wants.

a. But, at the same time, each player wants to play something that will not only please himself/herself, but make the whole group sound better as well, enhancing the overall sound.
b. Jazz musicians work together on this, supporting each other while not compromising their own artistic individuality.

2. The best jazz bandleaders (e.g., Miles Davis) want their fellow musicians (AKA sidemen) to express themselves the way they want and not just do the bandleader’s “bidding.”

a. In jazz, the best bandleaders encourage their sidemen (or women) to think and play however they wish, knowing that the entire group, in turn, will get more ideas and be inspired to play better individually and collectively; the leader and the sidemen work through each song as a team, learning from, complementing, and enhancing each other as they go along.
b. This is the same for the rhythm section and soloist—the rhythm section players want to support, complement, excite, spur on, interact with, and enhance the soloist; the soloist, in turn, wants to interact with, inspire, and be inspired by the rhythm section.

3. Jazz musicians realize that the whole is greater than the sum of the parts.

a. Each individual part is enhanced by the group, i.e., each individual player gets better and comes up with more musical ideas because of the others in the group.
b. Together the musicians can do so much more than they could ever do individually.
c. They need each other to accomplish their individual and collective goals.
d. Jazz musicians realize the music is better because each player is different—it brings something new to the music.
e. If everyone in the band were the same, the music would probably be boring (there wouldn't be much give and take, learning from one another, or enjoyment).
f. In a jazz group, it doesn’t matter what color you are or what your ethnicity is; what matters is who you are inside and how you play.

While it is true that there can be jazz groups that follow a political system best described as dictatorial, this is not what ideal jazz group interaction looks like. For one thing, even if the guitar player is a complete group dictator, he still,is not actually playing the bass or drums. The drummer cannot be so dictated to such that nothing the drummer does could count as that drummer's musical input. Because each player in the group,should desire that the group,sound and play together as well as possible, what political,principles support these goals the best. Arguably, it is tthe foregoing democratic principles that effectively support musical group interactivity and well functioningness.