Jazz and race is a complex topic area. There is no question that the earliest musicians who created jazz as a musical genre were generally of Afro-American origin, but not exclusively since musicians such as Jelly Roll Morton and Sydney Bechet were Creoles. Any history of jazz acknowledges that the vast majority of early jazz performers were non-white players. Still, there remains a problem because even in its earliest history non-black players were involved in jazz music production and in helping to make jazz a cultural phenomena. 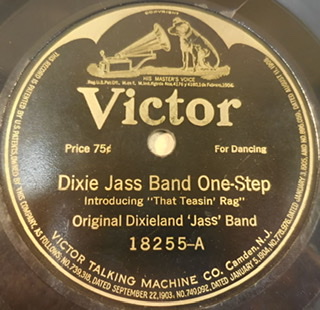 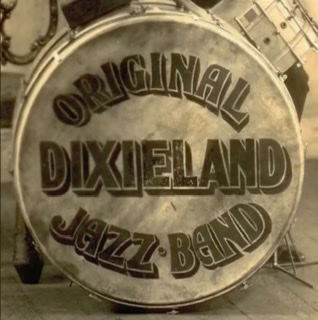 Jazz has been in Europe since at least World War 1 (1914–1918), when James Reese Europe's regimental military band played throughout the European continent.

“During World War I, [James Reese] Europe obtained a commission in the New York Army National Guard, where he fought as a lieutenant with the 369th Infantry Regiment (the "Harlem Hellfighters") when it was assigned to the French Army. He went on to direct the regimental band to great acclaim. In February and March 1918, Europe and his military band travelled over 2,000 miles in France, performing for British, French and American military audiences, as well as French civilians. Europe's "Hellfighters" also made their first recordings in France for the Pathé brothers. The first concert included a French march, and the "Stars and Stripes Forever" as well as syncopated numbers such as "The Memphis Blues," which, according to a later description of the concert by band member Noble Sissle " . . . started ragtimitis in France."”[2] (bold not in original)

After originating in America, jazz disseminated around the Earth, predominantly first in Europe and then everywhere else. Jazz is now played on every continent and country by that country's inhabitants. Is it reasonable to think that at the current time in the 21st century jazz remains only a black music phenomena? Granted that jazz began as a predominantly culturally black music, should one continue to believe that it remains an exclusively black music genre? 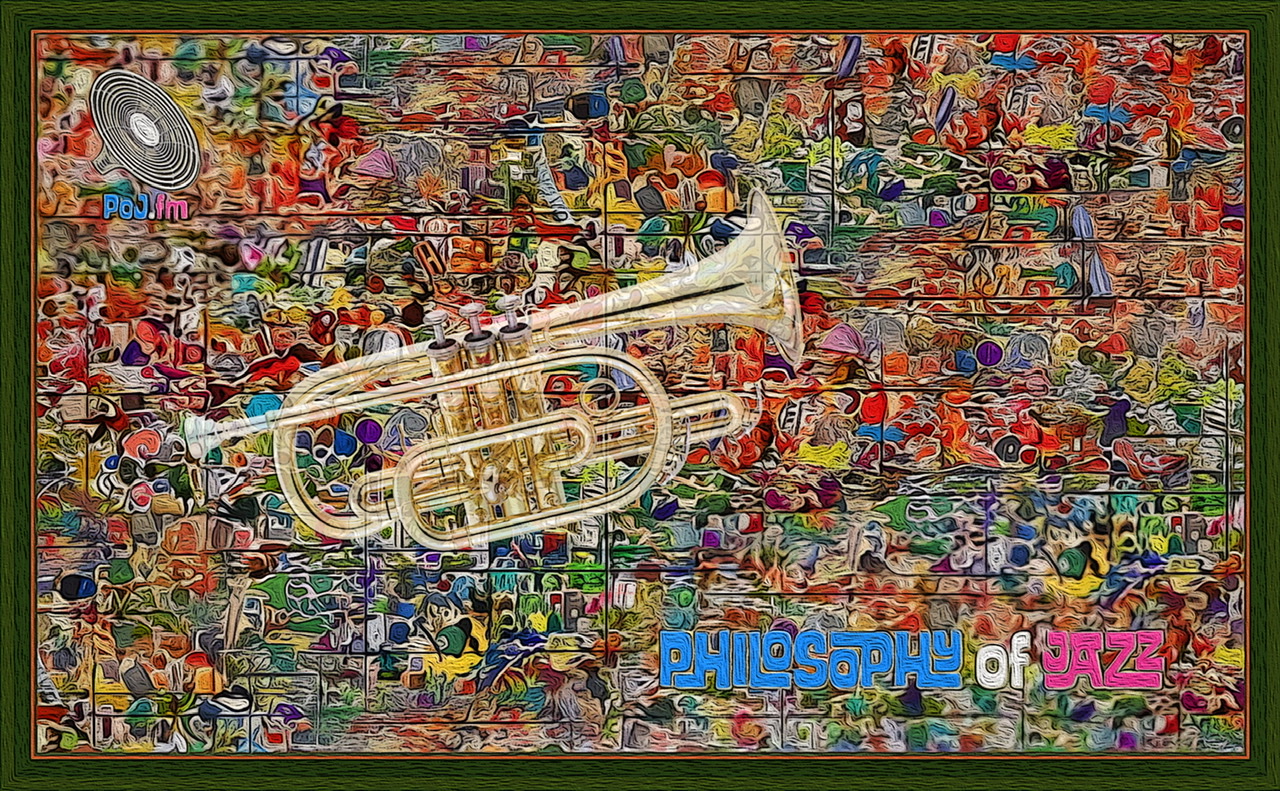 In his Music: A Subversive History, American jazz critic and music historian, Ted Gioia (b. 1957) attests to and argues for the general claim that musical innovations typically derive from the underclasses of societies.

Music critic Robert Christgau (b. 1942) in his Los Angeles Times review reports that Gioia's music history book was “dauntingly ambitious, obsessively researched labor of cultural provocation” regarding the global history of music that reveals how songs have shifted societies and sparked revolutions.[3]

The blurb for Gioia's book reports that he argues for the claim that musical innovations, such as new music genres, almost always start by musicians at the margins of any society.

“Histories of music overwhelmingly suppress stories of the outsiders and rebels who created musical revolutions and instead celebrate the mainstream assimilators who borrowed innovations, diluted their impact, and disguised their sources. In Music: A Subversive History, Ted Gioia reclaims the story of music for the riffraff, insurgents, and provocateurs. Gioia tells a four-thousand-year history of music as a global source of power, change, and upheaval. He shows how outcasts, immigrants, slaves, and others at the margins of society have repeatedly served as trailblazers of musical expression, reinventing our most cherished songs from ancient times all the way to the jazz, reggae, and hip-hop sounds of the current day.[4] (bold and bold italic not in original)

Did what Gioia report happen to jazz? Yes, it did.

“The whole story is very similar to the rise of black music in the United States, where the elites recognized at a very early stage the expressive power of the songs of the African-American populace, and were torn between their desire to repress it and their even deeper desire to listen to it. In fact, this same phenomenon occurs at almost every crucial moment of innovation in the history of music—you can find in ancient Rome, China, the Islamic world, and in many other settings.”[5] (bold not in original)

Music journalist, book reviewer, essayist, and critic Robert Christgau (b. 1942) was not as impressed as Gioia about musical innovations coming from repressed people in his review "The history of music—all of it—in 400-plus pages."

“He’s also rather too impressed at how the history of music is dominated by innovators who are first shunned by establishment tastemakers and then absorbed by them. That’s how human progress works, especially in the arts.[6] (bold not in original)

We will get to more on this in a moment. But first it would seem that Ragtime may have been somewhat the exception. Ragtime composers were perhaps an exception to their music getting watered down for a mainstream audience since the composed Ragtime music had been written down on score sheets and often the music was played through a player piano. A player piano is a mechanical device that uses punched paper rolls to program the piano as to how to power the keyboard hitting the wire strings inside of the piano. This produces an unvarying reproduction of the composer's main intentions for how to play that particular piece of music.

If post-structuralist critiques emphasize the problem of finding definitive boundaries for culture, race, class, and so on, then the category of blackness, black music, black category-X all are at best fuzzy categories with overlapping boundaries.

There have been plenty of non-black (other than Afro-American) jazz musicians all of whom contributed to the history of jazz throughout its history, as can be seen in the list below.

The list below leaves out the many contributions from non-black female jazz vocalists. For an incomplete list of female jazz musicians some of whom are non-black, see PoJ.fm's Sp7. Women and Jazz; also see the table below of the non-black Jazz Vocalists from 50 Best All-time. 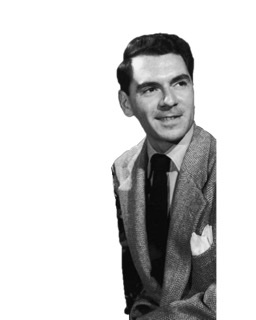 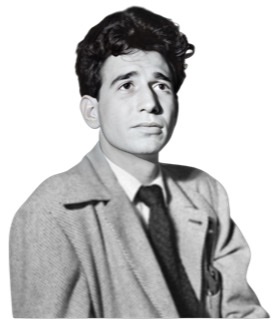 Manne is most frequently associated with West Coast jazz, and known for his versatility in any musical style, including Dixieland, swing, Bebop, avant-garde jazz and fusion. Manne contributed to the musical background of hundreds of Hollywood films and television programs.

● Dave Brubeck (1920–2012) — American jazz pianist and composer, and one of the foremost exponents of cool jazz. 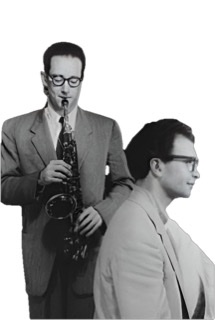 “All About Jazz: Do you find Japanese jazz musicians bringing a knowledge of their country's musical or cultural traditions to their playing of jazz? What forms might these incorporations take? Can you name some musicians actively involved in "Japanese jazz"?

“Michael Pronko: Tricky issue. I think that Japanese jazz draws from Japanese traditions in a lot of ways. The arts are not so distinct traditionally in Japan. So, a poet was also a painter and a designer of teacups and a builder of houses and whatever else. Of course, that doesn't mean people didn't specialize. They did, even more so maybe than in the States; but they have a sense of different arts. I think that there are aesthetic concepts like "wabi" and "sabi" and "yugen" which influence, if only unconsciously, Japanese jazz musicians. I'm working on an article where I classify Japanese jazz styles according to religious patterns, Shinto or Buddhist, popular Buddhism or refined, esoteric Buddhism. I've been working on this for a while, but it's not so fully developed. Still, the idea of Shinto and street festivals is a raucous, joyous, drunken celebration. Esoteric Buddhism would lead to refined, sophisticated working with tones. Zen would lead to the feeling of being in the moment, extended, intense improvisations.

It's rare that Japanese jazz musicians work directly with Japanese musical forms. Yosuke Yamashita has a wonderful CD of Japanese melodies: "Sakura" is the name. There's a group of foreign musicians here, Candela is one, who combine shakuhachi with Latin rhythms and jazz arrangement. Mike Price, a trumpeter who lives here, has done that kind of mixing in the past. But there are not so many who try to mix it at that level.

I think the kind of training from martial arts is drawn on for inspiration, as are other meditative types of arts, even if a lot of musicians would not admit to that. They might not admit it because they would not want to openly reveal the sources of their inspiration, nor pay disrespect to the jazz tradition. They would not have to explain it to each other, but would not want to appear to be foolish to a foreigner. Japanese jazz now seems to me just to mean jazz made primarily by Japanese-born nationals, and not much more.”[7] (bold and bold italic not in original)

“Japanese are also very literate, in the broadest sense of that word; maybe I mean very well read. It's a culture that rests on reading. They read all the time, so jazz is the kind of area that is augmented by reading, and is a kind of reading of texts, one huge intertextuality, if you will, that is appealing to the sophisticated urban consumer mindset. Also, jazz is free, open, wild within restrained limits. It has the right balance of incredible unpredictability, and careful, crafted control that fits with Japanese sensibilities. Jazz is rarely overstated, so it fits in with a kind of subtle set of aesthetic values, but is complicated enough to be infinite and unfinishable.”[7] (bold not in original) 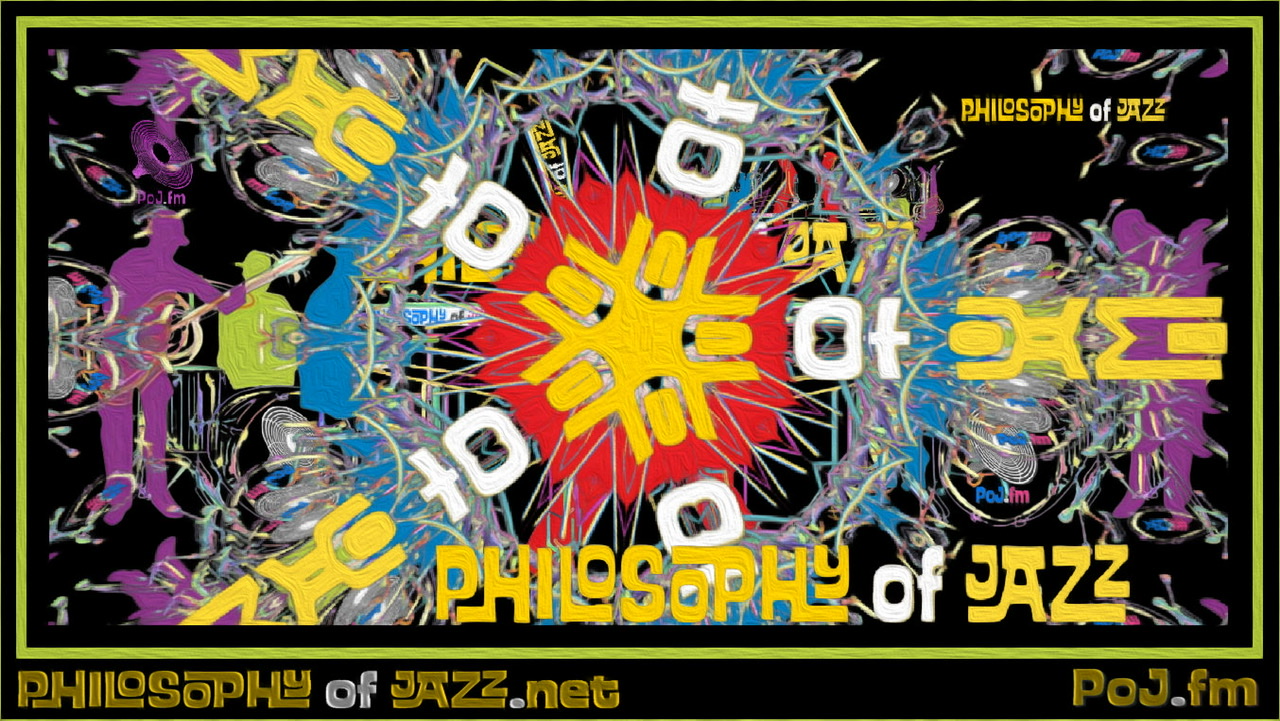 Post-structuralist Critiques and Their Implications[edit]

➢ Do these post-structuralists positions prevent the possibility of having coherent, reasonable categories?

Internet resources on jazz and race[edit]