“Leonard Feather, a fellow expatriate from England, and well-known figure in the jazz world as a critic, composer, and record producer, had by then begun tracking Marian McPartland's career, carefully and with a certain concern. Writing in Downbeat in 1952, he drily, but bluntly, summed up Marian's position in jazz: "She is English, white, and a woman—three hopeless strikes against her."”[1] (bold not in original)

“"Only God can make a tree," the swing historian George T. Simon wrote in The Big Bands (London: Macmillan, 1967), "and only men can play good jazz."[2] (bold not in original)

Why is it that outside of a few sepia females, the woman musician never was born capable of sending anyone further than the nearest exit? It would seem that even though women are the weaker sex they would be able to bring more out of a poor, defenseless horn than something that sounds like a cry for help. You can forgive them for lacking guts in their playing but even women should be able to play with feeling and expression and they never do it. ("Why Women Musicians are Inferior" 1938)

Both the anonymity of this tirade and the willingness of Down Beat to publish it reveal a latent yet permeating sexism. The explicitly masculinist and racialized tone of this passage represents one particularly prevalent political ideology. Here, women are defined as physically inferior, yet are somehow expected to have greater expressive and emotional capacities. Further, the anonymous author promulgates racial stereotypes by admitting a few black (sepia) female musicians into the masculine institution of jazz.”[3] (bold and bold italic not in original) 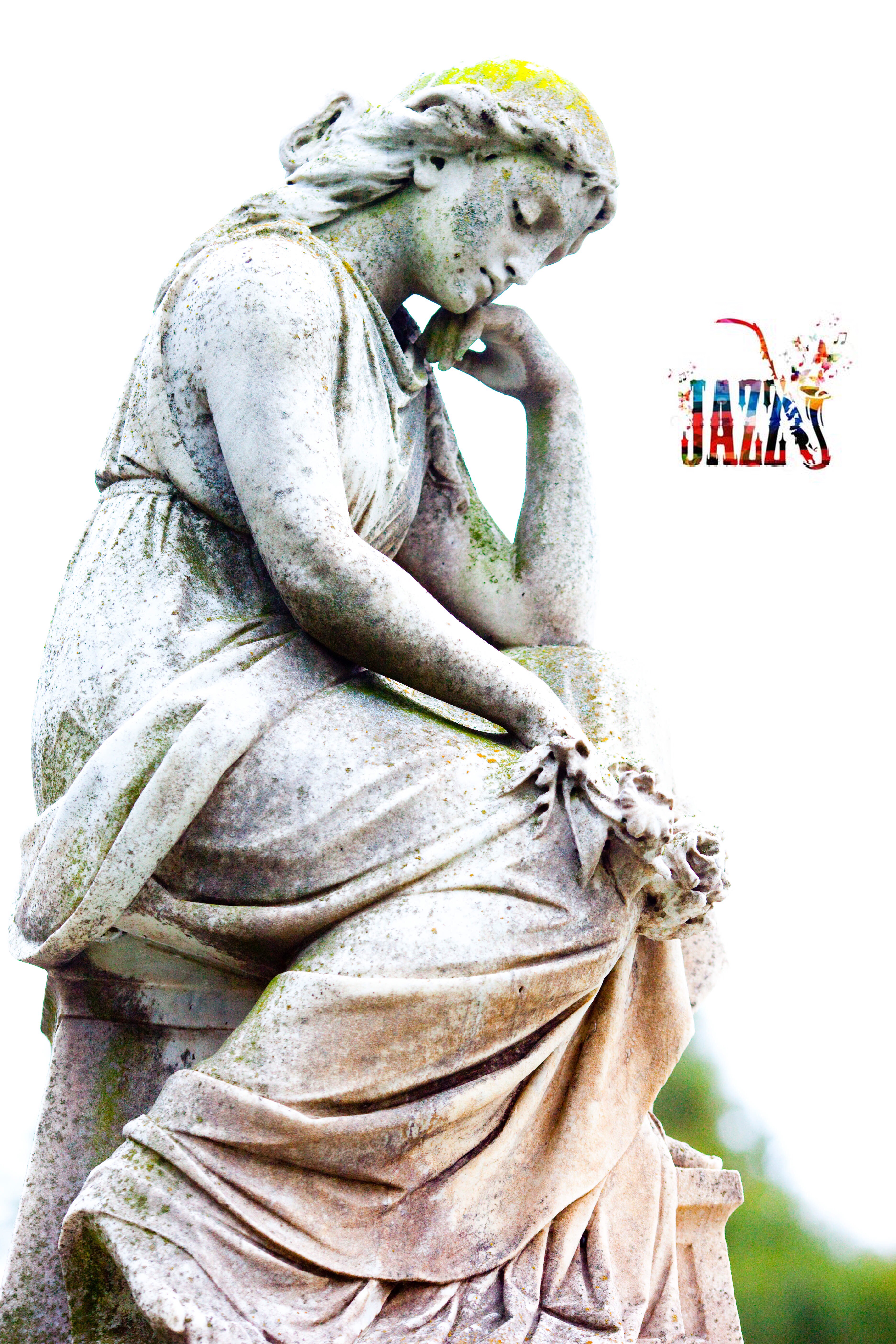 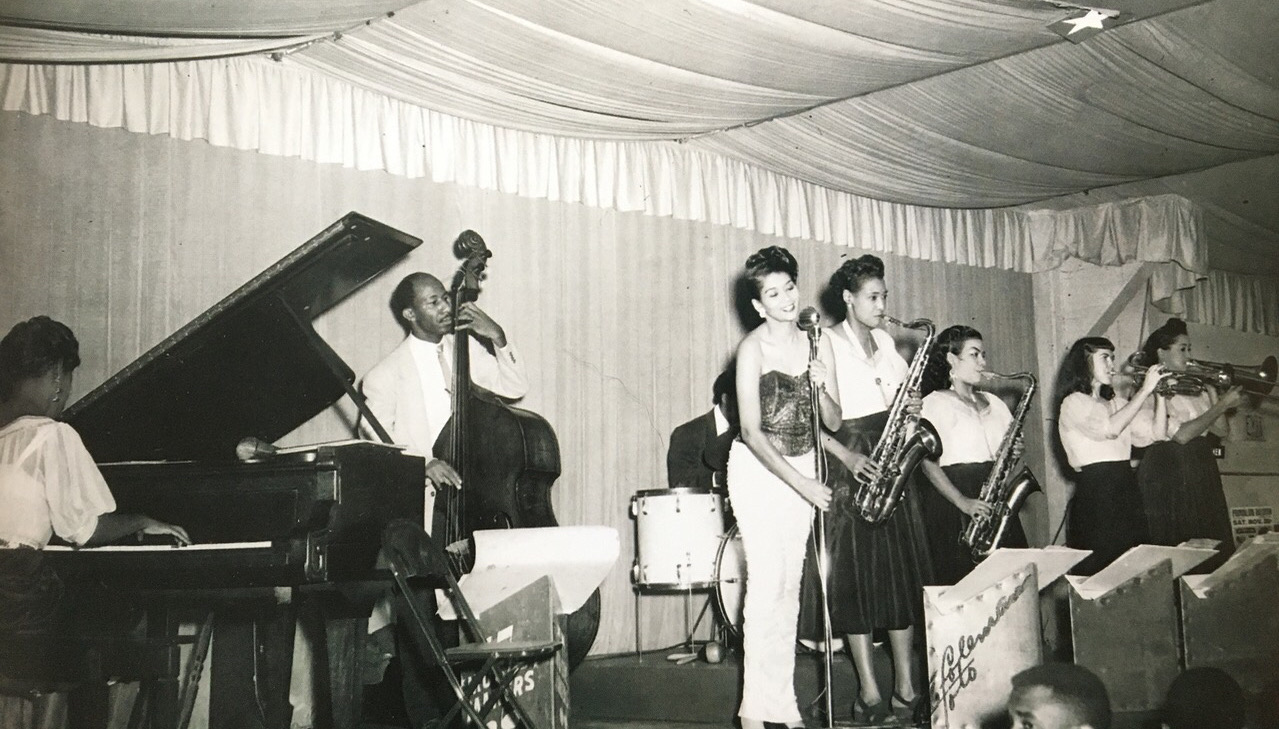 Click on picture to see source and learn more. 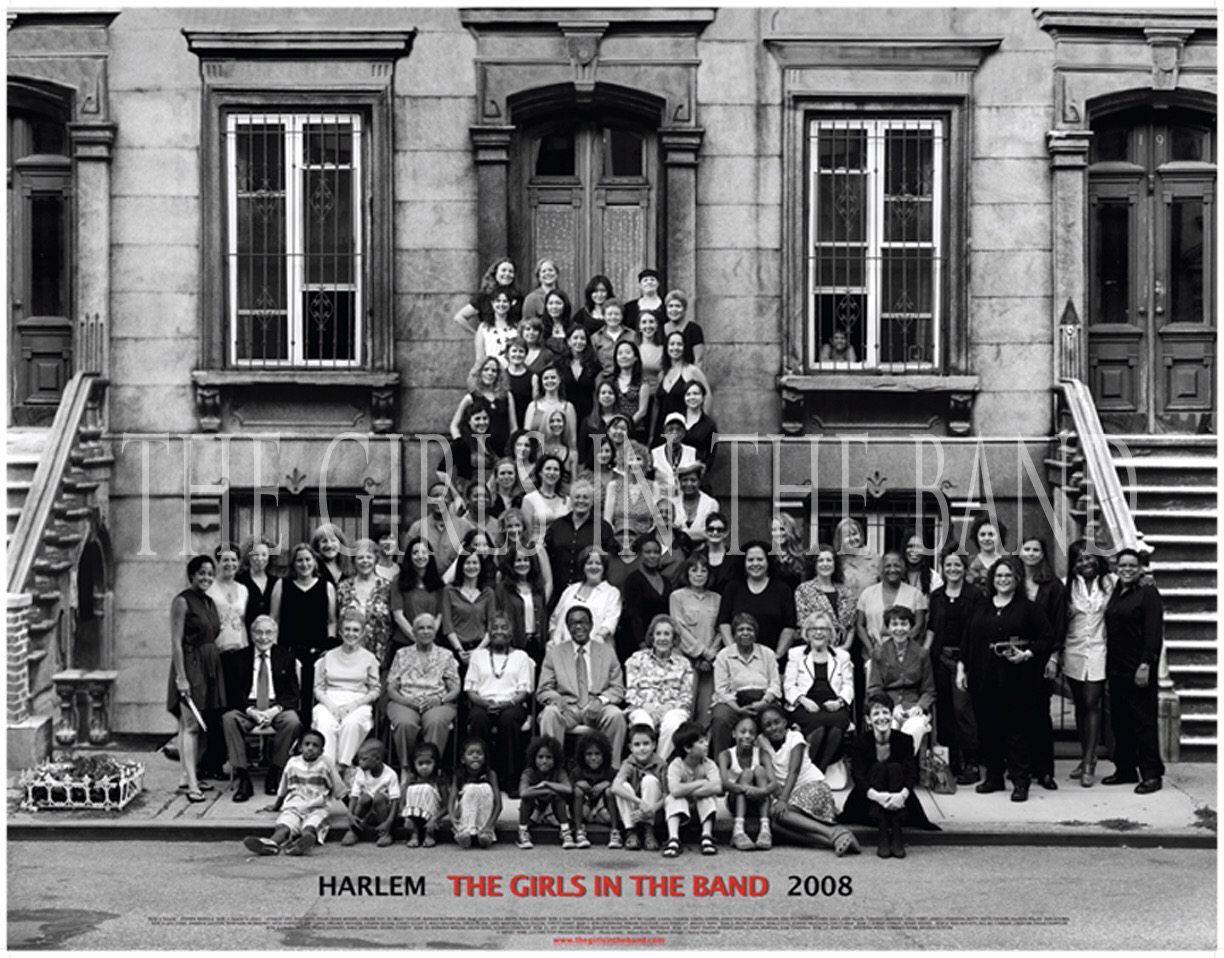 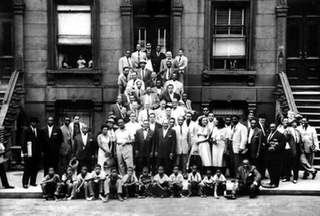 . Chaikin's documentary tells the true stories of female jazz musicians enduring sexism, racism, and lack of opportunities all so they could play their music.

Women have probably been under represented in every professional field with few non-gendered exceptions. For how this has affected women philosophers generally, see "Women or Philosophers."

In her "Women in Jazz 1920s–1950," a term paper in 2015 for her "History of American Music" course, author Emma Lamoreaux explains that women are underrepresented in jazz history for multiple reasons. First, there was significant and repressive male prejudice against all non-male musicians. Second, jazz had a social stigma of being sleazy and sexy, allegedly inappropriate for female participation since people judged it socially unacceptable for women to participate in such activity. A third and strikingly telling reason accounting for women's underrepresented in jazz history is from an over-reliance on recordings. Female jazz musicians were underrepresented in recordings precisely because of the first two prejudices against their playing jazz in the first place.

Women jazz musicians have almost always been in a discouraging situation caused by numerous factors against them: male gender prejudices against female musicians, the belief by many that there are no good female jazz players (although this has always been false), that playing anything other than the piano or singing was not 'lady-like' and was inappropriate for women to play the trumpet, the saxophone, the bass, or the drums.

Several newspaper reporters have written about the problems for women entering into the jazz field, including Robert Palmer (1945–1997) in his January 21, 1977 New York Times article "Women Who Make Jazz" and [ Peter Watrous in his November 27, 1994 New York Times article JAZZ VIEW: "Why Women Remain At the Back of the Bus."

Lamoreaux, in her paper, discusses multilingual composer, instrumentalist, singer, and dancer Valaida Snow (1904–1956). Often known as the “Queen of Trumpet,” Snow recorded her album "Hot Snow," containing both her singing as well as playing her trumpet. By the age of 15, she had learned to play the cello, bass, banjo, violin, mandolin, harp, accordion, clarinet, trumpet, and saxophone. Louis Armstrong thought so highly of her trumpet playing that he said she was the world's second-best jazz trumpet player besides himself. Because of this, she was named "Little Louis" after Louis Armstrong.


A more well-known and influential woman musician was singer, songwriter, electric guitarist, and recording artist Sister Rosetta Tharpe (1915–1973), who was not really a jazz musician but more of a hot gospel performer with her electric guitar playing using heavy distortion and influencing 1960's British electric blues guitar players, such as Eric Clapton and Keith Richards. Wikipedia: Sister Rosetta Tharpe notes that “She attained popularity in the 1930s and 1940s with her gospel recordings, characterized by a unique mixture of spiritual lyrics and rhythmic accompaniment that was a precursor of rock and roll. She was the first great recording star of gospel music and among the first gospel musicians to appeal to rhythm-and-blues and rock-and-roll audiences, later being referred to as "the original soul sister" and "the Godmother of rock and roll."”


Another unsung woman of jazz was Dorothy Donegan (1922–1998), an American jazz pianist and vocalist, working primarily in the stride piano and boogie-woogie style, but she also could play Bebop, swing jazz, or even classical music.


The International Sweethearts of Rhythm was an all-female jazz orchestra in the 1940s that toured widely, including traveling and performing in many venues.

NOTE: Screencapture below of women in jazz from WikiVisually: Jazz under topic heading of 2. Elements and Issues of 2.4 Roles of women. Click on any hyperlink, including the photo itself, to go there, then scroll down, or click here and go directly. 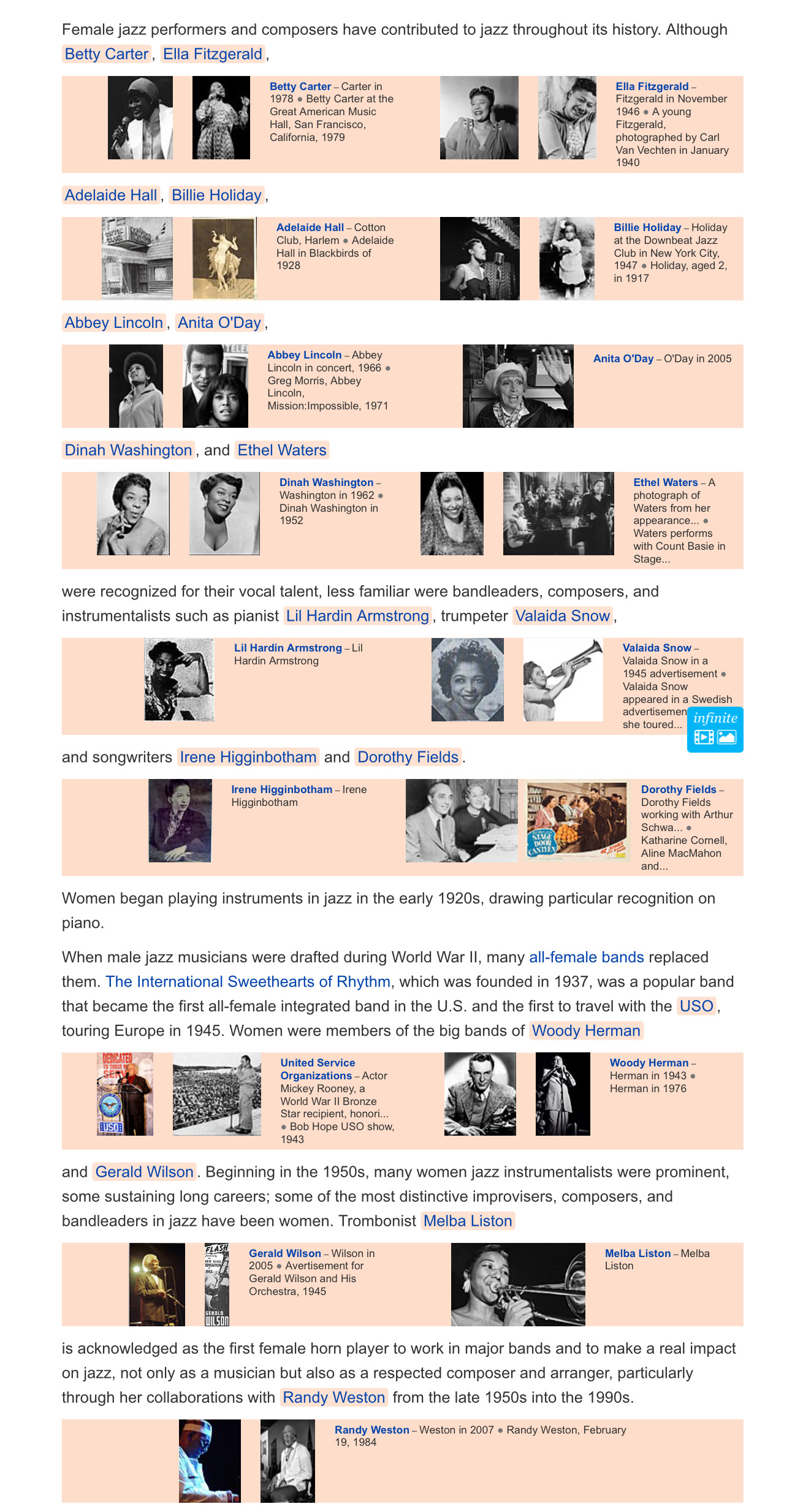 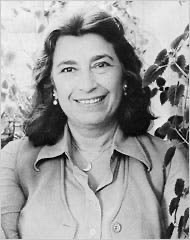 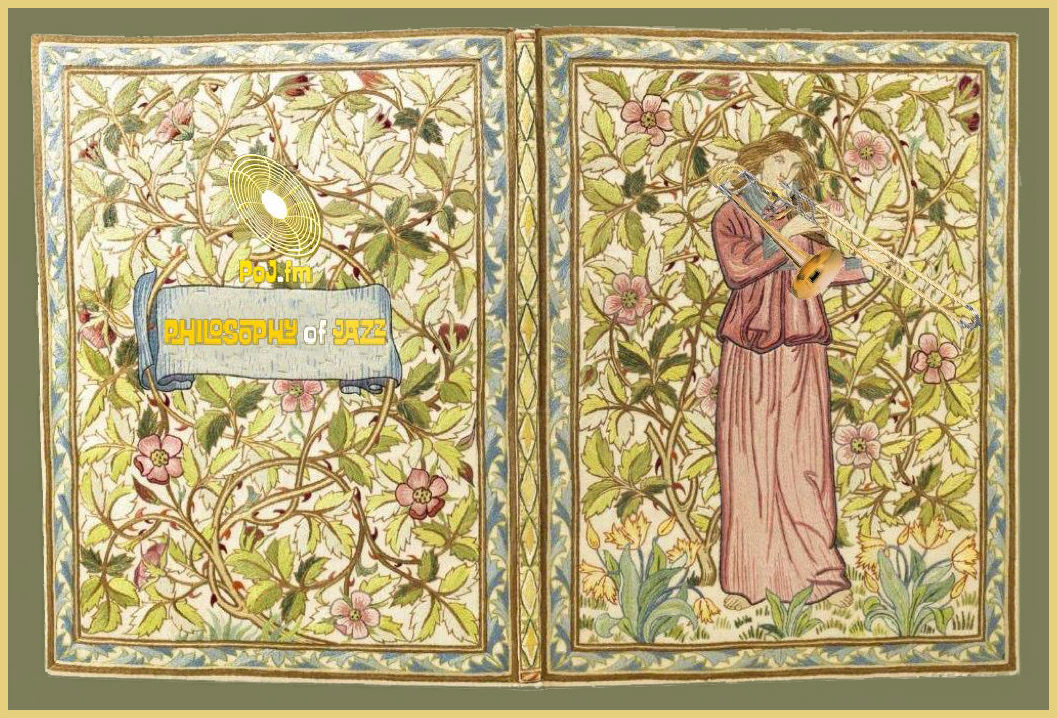 Women in Jazz in historical order[edit]

pianists such as Lil Hardin Armstrong

Lovie Austin developed jazz and led their own bands;

WE HAVE A WINNER

June, the Universal Jazz Coalition will present a four‐day “Salute to Women in Jazz” in New York from Monday, June 26, through Thursday, June 29, in the room at 52d Street and Broadway that was once the legendary Birdland (it is now a disco known as CasaBlanca 2).

The Salute will provide a showcase for some of the women who are not as celebrated as the stars who played in Kansas City, among them

A set of three records providing background on the involvement of women with jazz, produced by Bernard Brightman.

three disks on “Women in Jazz,” collections of recordings made between 1926 and 1961, providing a very convincing demonstration that women, singly and in groups, have been making impressive contributions to jazz since its earliest recorded days and doing it for the most part, in relative anonymity.

Margie Hyams, for example, who played vibes in Woody Herman's band in the 40's and in George Shearing's original quartet

pianists such as Barbara Carroll and Dorothy Donegan.

saxophonists such as L'Ana (Webster) Hyam

Lovie Austin, a pianist in Chicago in the 20's around whom a whole school of male musicians flourished

Una Mae Carlisle, a singer and pianist who recorded with Fats Waller and whose accompanying group follows the patterns of Waller's sextet

Beryl Booker, a pianist who is heard urging Miles Davis’ trumpet along on Tadd Dameron's “Squirrel” 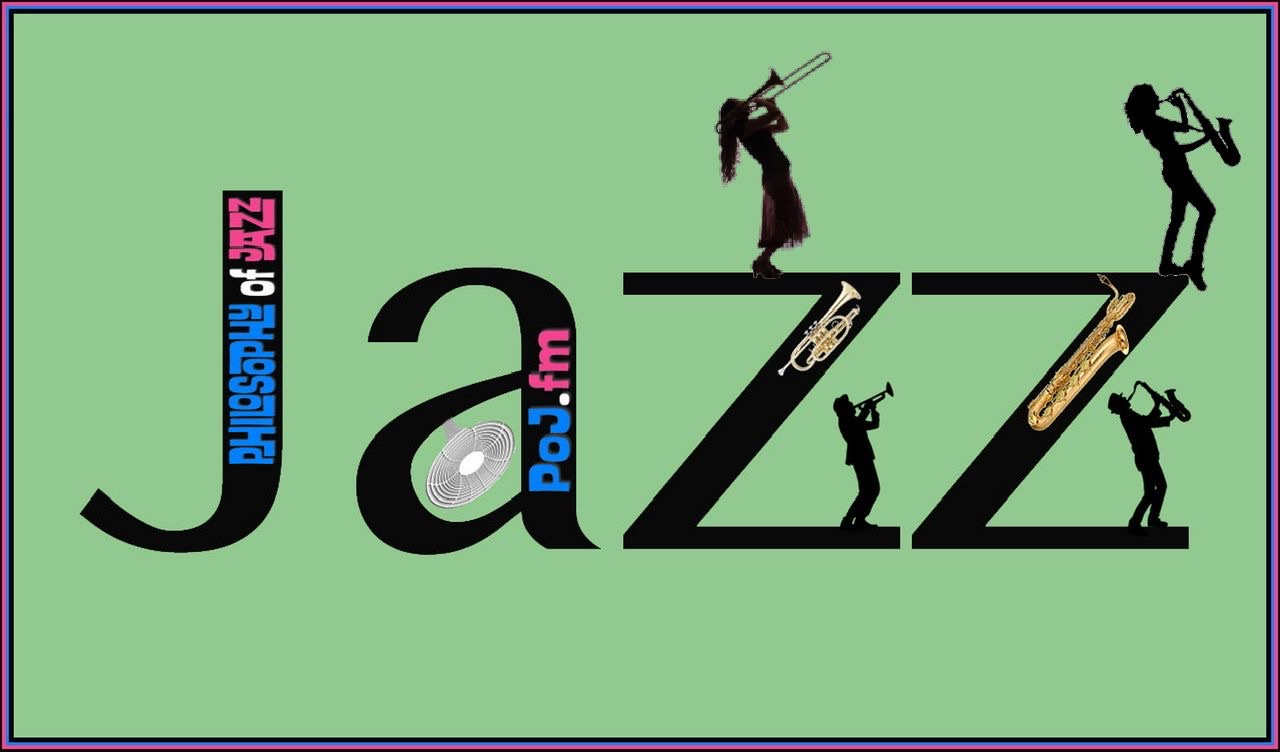 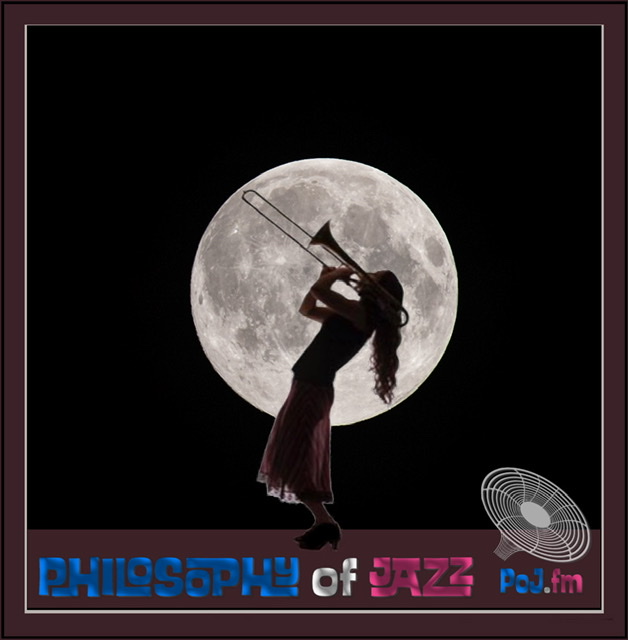 "The Girls in the Band" Female Jazz Instrumentalists

"A DIY Guide to the History of Women in Jazz" by Laura Pelligrinelli at NPR'S A BLOG SUPREME, May 10, 2013.

"Ireland’s jazz scene continued to grow in strength and diversity in 2019: Smaller regional festivals were major successes while a number of important projects were led by Irish and Irish-based women", The Irish Times News, Saturday, Dec 7, 2019.

"Beyond Beethoven And The Boyz: Women's Music In Relation To History And Culture," Britain Scott and Christiane Harrassowitz, Music Educators Journal, 90.4 (2004), 50. 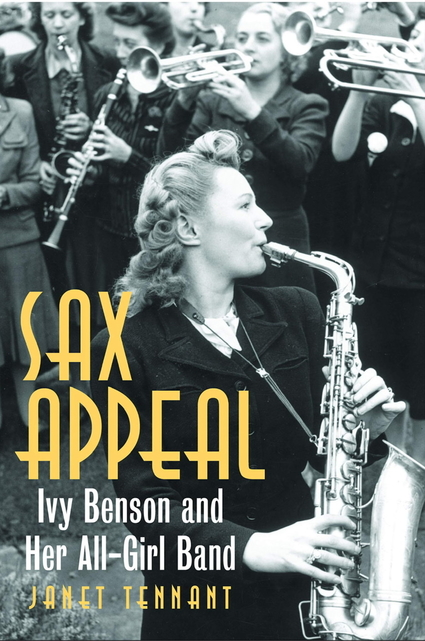 “Ivy Benson was born to be a musician. A good pianist by the age of ten, she was influenced by the music of Benny Goodman, Artie Shaw, and other jazz legends to become a professional instrumentalist—and at age fifteen, having taught herself to play the clarinet and saxophone, Benson joined an all-girl band in Yorkshire, England. Sax Appeal chronicles Benson’s life—beginning with her childhood of relative poverty, exploring her time as a teenage musician playing in the seedy clubs of London, and highlighting her founding of a professional all-female jazz and swing band that would remain active for over forty years.” 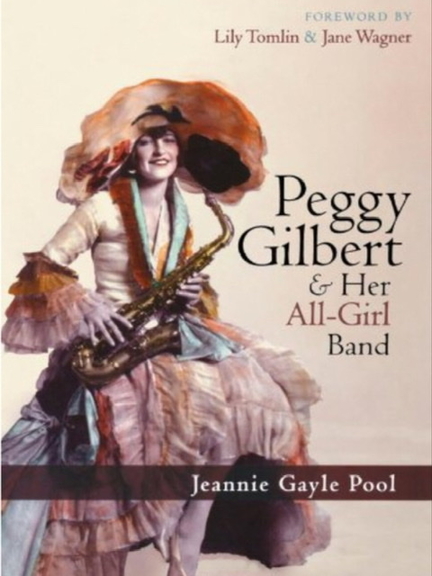 “In Peggy Gilbert & Her All-Girl Band, Jeannie Gayle Pool profiles the fascinating life of this multi-talented saxophone player, arranger, bandleader, and advocate for women instrumental musicians. Based on oral history interviews and Gilbert's collection of photographs, newspaper clippings, and other memorabilia, this book includes many materials not previously available on all-women bands from the 1920s, 30s, and 40s.”

Tucker, Sherri. "Telling Performances: Jazz History Remembered and Remade by the Women in the Band." Women and Music: A Journal of Gender and Culture. Volume 1 1997.

“The forgotten history of the “all-girl” big bands of the World War II era takes center stage in Sherrie Tucker’s Swing Shift. Although all-female jazz and dance bands had existed since the 1920s, now hundreds of such groups', both African American and white, barnstormed ballrooms, theaters, dance halls, military installations, and makeshift USO stages on the home front and abroad. Filled with firsthand accounts of more than a hundred women who performed during this era and complemented by thorough—and eye-opening—archival research, Swing Shift not only offers a history of this significant aspect of American society and culture but also examines how and why whole bands of dedicated and talented women musicians were dropped from—or never inducted into—our national memory. Comparing the working conditions and public representations of women musicians with figures such as Rosie the Riveter, WACs, USO hostesses, pin-ups, and movie stars, Tucker chronicles the careers of such bands as the International Sweethearts of Rhythm, Phil Spitalny’s Hours of Charm, The Darlings of Rhythm, and the Sharon Rogers All-Girl Band.” (bold and bold italic not in original) 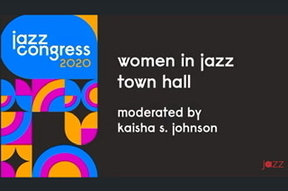 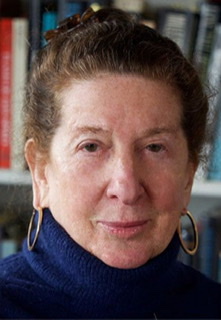 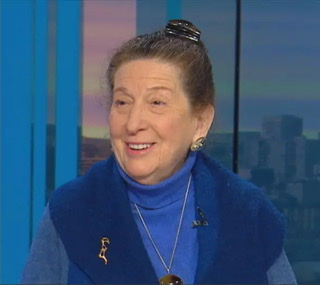